The Three Magazine is thrilled to share our first post from a guest contributor, the writer and artist Yessica Klein.

Yessica’s article is a response to a piece by Karly, I Didn’t Have an Abortion. This is Why., first published 27 September 2019.

It was 2017 and the whole year had started wrong.

Sometimes you make a decision in life that kick-starts a chain reaction of shit events. Maybe it was because I was 27, who knows. January to December I saw little domino pieces falling one by one, each of them unravelling some more bad news. I don’t know how to pinpoint which one it was that made my life so terrible—all I know is having an abortion was not one of them.

Having a legal abortion for free (and people still complain about the NHS) is a privilege. Being able to make that decision and be supported by the country you chose to live in, by its public healthcare system, it’s a fucking privilege.

You have to remember that when the finger pointing starts. 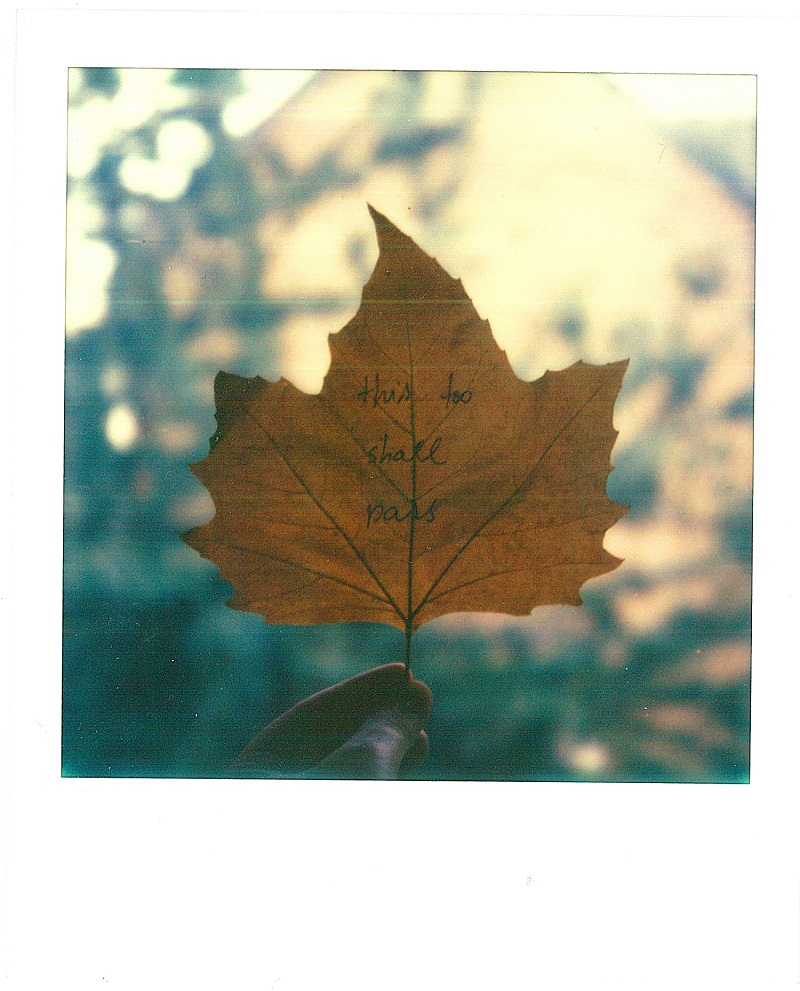 I’ve never wanted to be a mother. I think I must have been about 14 when I first made that decision and I’ve stuck to it: zero maternal instinct. Since then, everyone says it’s a phase: motherhood is inherent to being born with a vagina, hormones are unavoidable, it’s the miracle of life. One friend even wished I would get pregnant by accident.

The irony: that friend was right.

I knew I was pregnant. You feel your body changing, and fast. I was constantly feeling sick, constipated, and my skin changed. When the doctor confirmed it, I collapsed into tears and it took me a good five minutes to stop sobbing. I had moved cities, was living at my then partners’ parents’ house, unemployed, and pregnant.

The cliché hurt. The humiliation of letting a stupid mistake—a broken condom—get by because oh well, I keep track of my cycle, it’s okay, I’m not on my fertile window. Sometimes your privilege comes to slap you in the face: aren’t you so educated, too good for the birth control hormones that make you depressed? Aren’t you oh-so-natural? What are you going to do now?

As I grew older, I understood that the decision to not be a mother walked hand-in-hand with the decision to have an abortion. I had a similar scare in 2015—moving houses, finishing my dissertation, moving in with my then partner, and my period suddenly stopped. I knew then I could do it—no, that I would do it.

Nurses and midwives went, are you sure about this, love? and I nodded firmly every time. It isn’t the only option, you know and yes, I was perfectly aware I could always keep it, along with the everlasting and incorrectly named morning sickness, the exhaustion, the stretch marks, weight gain, swollen legs, unstoppable bladder. I could always keep it through nine months, fall in love with it, embrace the hormones.

I considered it, of course. I thought about it whilst lying on the floor in Shavasana after yoga, trying to imagine a scenario where I’d be happy holding a baby, educating a child. The idea made me sink deeper and deeper into the fluffy carpet, a future so dark it depresses me even now, nearly 2.5 years later. I don’t want this.

The fact that I was in a relationship that left me feeling emotionally abused—I was only starting to realise how negative it could be—didn’t help. I had lost control over my surroundings, and to some extent, I had lost control over my body as well. This was not the future I wanted, a Northern kitchen-sink cliché drama. The decision had been made before the situation even presented itself.

Blood was a better option. Shorter—not as short as I’d expected. How long, three, four weeks of bleeding?

The physical pain was excruciating—I heard one of the girls at the Women’s Hospital saying it was the same as contractions—but that faded within hours. The blood? That’s probably what bothered me the most. Not my lack of emotional response or guilt, even though I did accept the counsellors’ number just in case because is it normal that a woman can go through this without feeling anything negative? Yes. Yet people made me feel otherwise.

But I digress. I was talking about an unbelievable amount of blood.

Five days of period equal four tablespoons of blood; an abortion means about 17. Five perfectly decent pairs of knickers stained along with two pyjama trousers, three packs of sanitary towels (no love, menstrual cups might give you an infection). Oh, all the plastic destined to lay eternally on landfills in the Maldives, congealed blood turning brown while the flies party. Excuse me, I have been trying to cut down my plastic consumption for years, and I can find humour everywhere.

The blood is bad, and the pain is worse. If you are in for medical abortion (aka the ‘abortion pill’), get your painkillers and have someone that you can trust by your side. By no means get out of the hospital, take a bus to the train station, take the train, then walk home (I couldn’t even afford a taxi at the time). The side effects are brutal, and so are the cramps: I remember sitting on the train and being completely numb, unable to see or move my arms, like a lightweight who decides to become a stoner overnight. I could barely walk back home, and I was sick two or three times on the 15-minute walk.

The abortion itself—or ‘passing it’ as the nurses say—lasts only a couple of hours, and you’ll cry and scream in pain.

You’re doing this for yourself, you’re saving yourself from a future you do not want, you’re allowing yourself to be free from the abortion stigma, from patriarchy-driven guilt, you’re being open about an experience that was terrifying, but legal and even free.

And of course, we should address the privilege here. Had I been back in Brazil, my choices would have been quite limited and incredibly unsafe. Had I been born anywhere else in the world, my body would be beyond my control and against somebody else’s laws. I am grateful for that privilege and fully aware that somewhere in the world another woman might be lying on the floor contemplating a future she does not want and having no safe choice about it. And I wish I could help them as well.

In the UK, you sit along with girls accompanied by their best friends or their parents, or by their partners who look completely lost—no matter how supportive and empathetic men are, how could they understand something that would never physically happen to or in their body? I appreciate the effort, and I understand it’s very noble. Surely it means men taking a step up from their ancient macho backgrounds.

My then-partner was supportive and empathetic enough. Still, nothing felt weird about his body, he felt no pain, no pressure, no one asked him if he was sure, does he need the counsellor’s number? A man gets a woman pregnant: hey man, that sucks, it happens. But the cold in the room when you say you’ve had an abortion: winter bursting the windows open, shards everywhere. Are you okay? Oh dear, I am so sorry.

No one asks a man if he is okay, if he is traumatised by it, if he feels guilty.

The nurse told me the likelihood of getting pregnant after an abortion is higher because women feel emotionally attached and decide to have a baby soon after. I didn’t think that would happen to me, and well, surprise surprise, it did not. 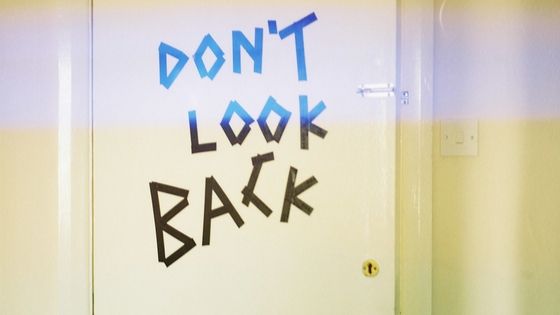 I never wanted to be a mother—I still don’t. I had an abortion, and here is why: I chose to. I try to be open about it because there should be no embarrassment and no guilt, no emotional charges or pity. It should be everyone’s right to stop an unwanted or unsafe pregnancy, especially if it puts their mental health at risk. It should be okay to control your own body, to make judgement-free choices.

People always ask me I saw something, as if it was a car crash or road-kill. The evidence of a so-called crime, the horror. And to them, I say: it was only blood.

I didn’t tell anyone about my abortion until months had passed. I was afraid of the judgement and I didn’t need pity. I only had enough strength to get through it and none left over for anything else. Sometimes I felt scared, sometimes I felt brave. My recurring feeling, however, was a loneliness so deep that it would eventually freeze my breath while I stared at the ceiling crying and thinking this is it, my life is all fucked.

It wasn’t. I had an abortion, ended that relationship, moved out of Liverpool. I’m okay. My life continued with no trauma and no baby. And so can yours, if that’s what you want.

I’m writing and sharing this because you—whoever you are, wherever you are—you are not alone.

3 thoughts on “I Had An Abortion. This is Why.”